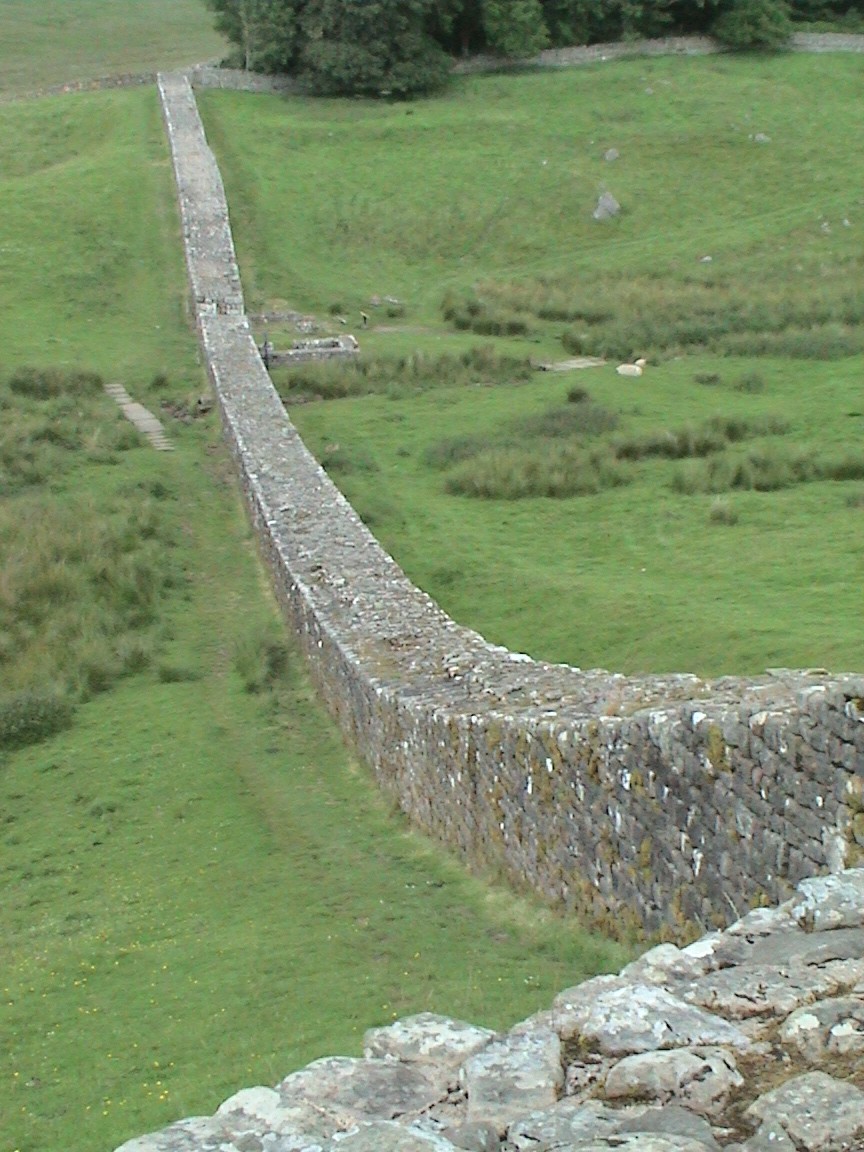 The reach of the ancient Roman Empire was quite an expanse. At the time of Emperor Hadrian (117 – 138 CE) parts of what is now modern-day north Africa, Turkey, Europe and England were under Roman rule. In hopes of preventing invasions from the northern “barbarians” and to maintain his northernmost border Hadrian had the wall built. This wall, much of which remains standing today, runs 117.5 km (73 miles) from east to west from Wallsend to Bowness-on-Solway in Northern England. Today, it is recognized as a UNESCO World Heritage site.

Visiting this ancient wall is relatively easy. Many sections have cycling paths or can be seen on foot. Hadrian’s Wall Path spans the length of the wall and is often quite close to it.  Walks, farms, castles and Roman history can be experienced at many places along the wall. Additionally, it is completely unguarded, thus allowing people to touch or stand on it should they desire. Though one may want to remember that doing so may damage this part of English history.