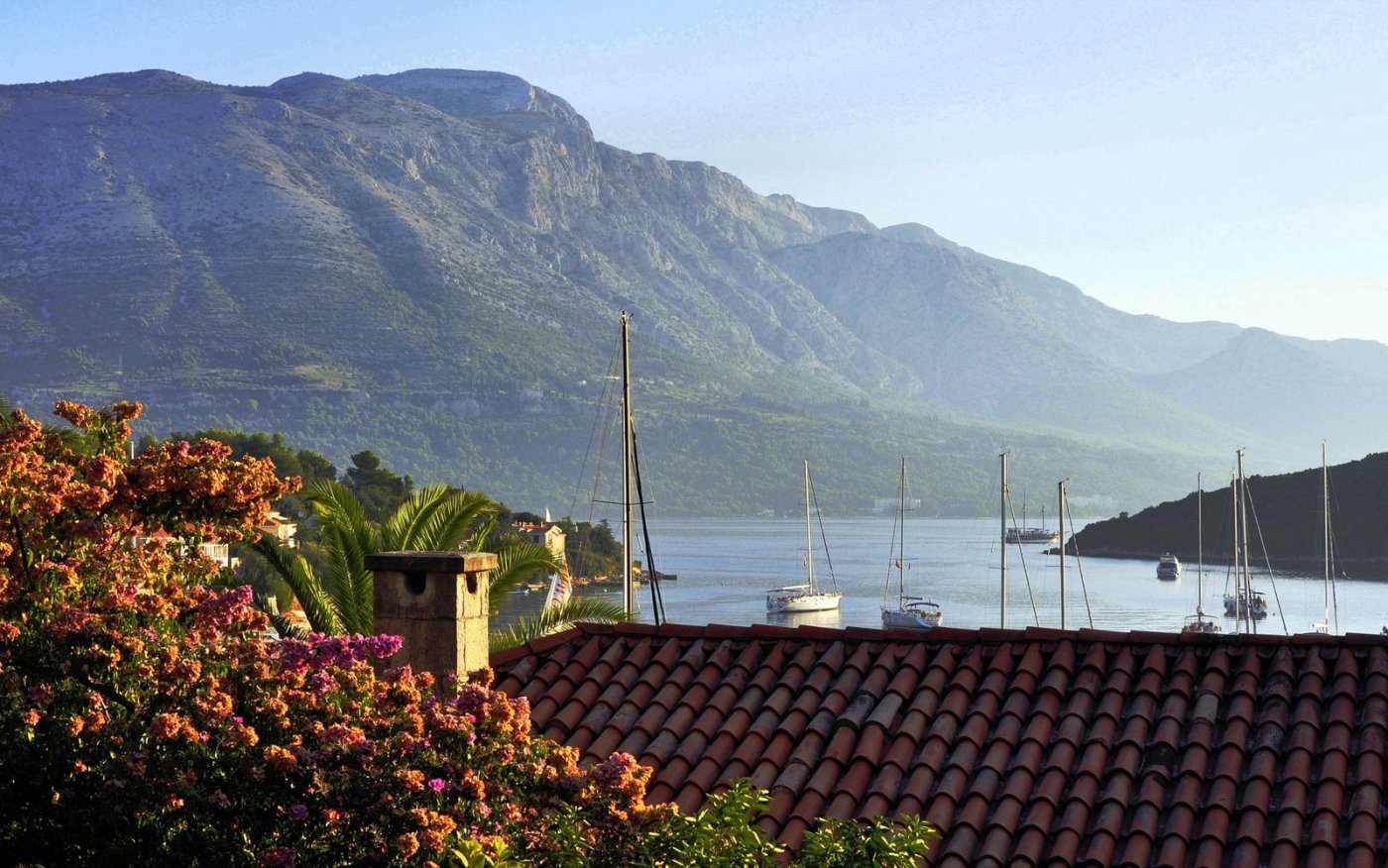 Croatia. This country is definitely on my bucket list. I do want to visit all of the former Yugoslav countries (I have been to three: Slovenia, Serbia, and Macedonia) so of course that includes Croatia. However, that is not the only reason I want to visit it. I understand it is a wonderfully beautiful country with much to see. Islands lie all alongside its Adriatic Coast providing a large number to choose from. Some are major resort locales while others run at a slower pace. Of the latter, one such island is Korčula (also the the name of the main city) in the southern area of Dalmatia. Beaches of course are bountiful with shorelines ranging from sandy to rocky and everything in between. A great way to unwind. Wineries and wine tours are not lacking on the sun-kissed isle. In fact, Korčula Island has some indigenous varietals such as grk and posip.  Many of the wineries have been producing wines for centuries. Additionally, there are stories that explorer Marco Polo was in fact born on this small island and the very house where he supposedly entered the world. I wonder what the Italians have to say about that? LOL.