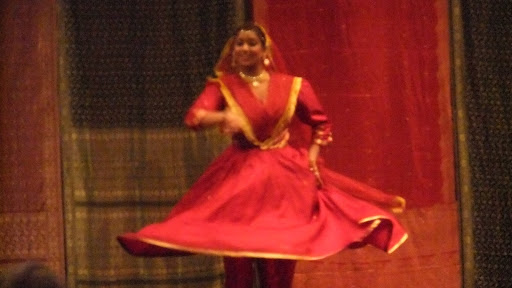 “Better late than never” as the saying goes. And so it is with my entry about the 2010 Vancouver Diwali Festival. I attended on one of the days & took some pictures but just haven’t gotten around to making an entry – until now at 5 months later. Oh well.

“Vancouver Celebrates Diwali is a South Asian arts & culture festival intended for all cultures and communities. Diwali means “row of lighted lamps”, and its worldwide festivals are a unifying celebration of light over darkness that symbolize the triumph of good over evil and knowledge over ignorance. Celebrated across South Asia, this festival is experienced on a grand scale in almost all regions of India and is looked upon mainly as the beginning of the New Year. People give expression to their happiness by lighting diyas (clay lamps), displaying rangoli (colorful floor mosaics), decorating their houses, bursting firecrackers, partaking in sumptuous feasts, and celebrating with dance, music, and storytelling. For all, it is a time of renewed spirit, celebrated with family and the community through joyous music, dance, crafts, and delectable sweets.”

The festival ran from Nov 2 – 7, 2010 with various activities & workshops around town. I attended on the last day, which was a Sunday. From 12:00pm – 6:00pm the Round House Community Centre in Yaletown was buzzing. Actually it was bursting at the seams. A free event that had several stages, food vendors & a great view of a beautiful rangoli certainly wowed many a people. It was the largest attended Diwali Festival in Vancouver’s seven year history. As much as I enjoyed it, I hope that next year they hold it at a larger venue. It was packed!

When I arrived the crowd was already a fair size and I only found standing room only for viewing the main stage. The dancers and the musicians were enjoyable. I particularly fond of the bright coloured costumes worn by the variety of dancers.

A short while after watching these stunning performances I went to the lobby area to meet a friend. We walked around & found the large rangoli which was almost complete. The bright, colourful, large floor mosaic was simply amazing and my favourite part of the festival. I was amazed that  it was make from dyed rice (or something similar – it looked like rice). Unfortunately for me the battery in my camera died and I couldn’t take any pictures. ﻿Perhaps next year. And I do hope they have a larger site to hold it at. That was my only complaint.
﻿