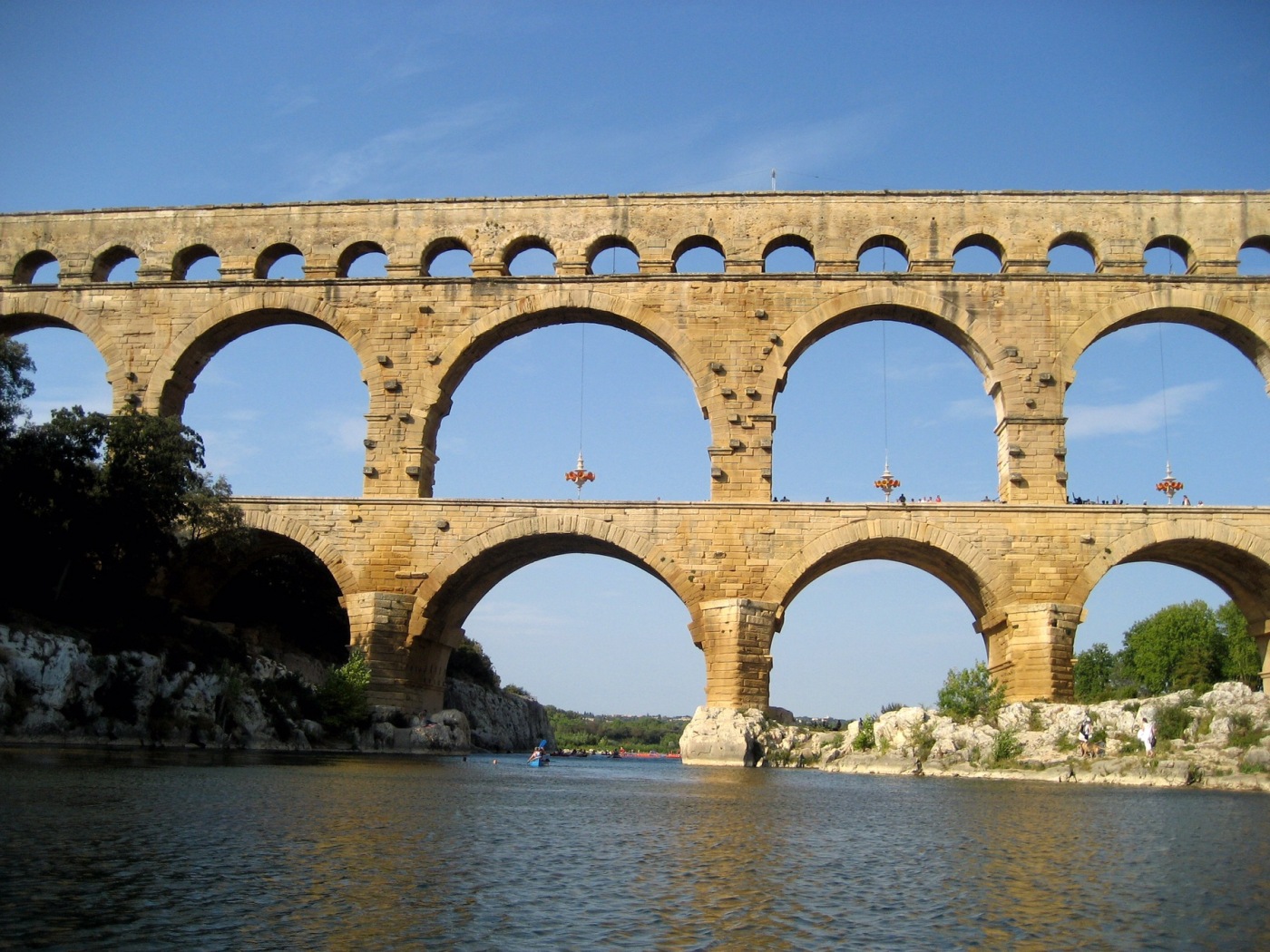 I tell ya, those ancient Romans had a pretty long reach (though not as much as Genghis Khan had in his day). The Romans traversed far. With them they brought some fairly cool inventions of the time. Today’s special is one of those: the Roman aqueduct of Pont du Gard in the south of France.

This three story stone aqueduct, which looks to me to be in quite good condition, was built around 50 BCE to move water to the Roman city of Nimes. It is almost 50km/31 miles long and is the tallest of the aqueducts constructed by the Romans. In 1985 it was claimed as a UNESCO World Heritage Site.