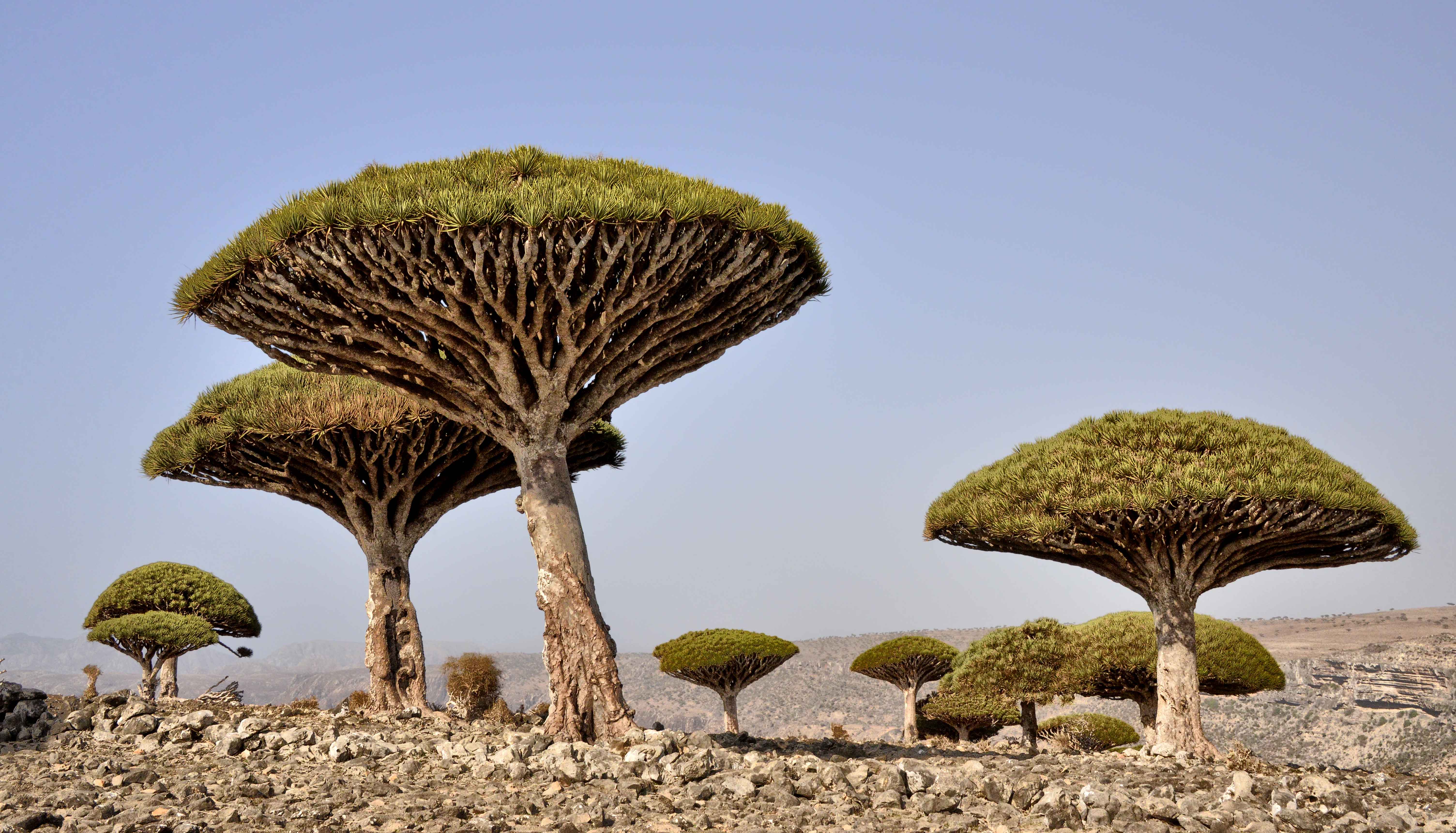 During this time of the COVID-19 I will periodically post about my travels and travel ideas. Hopefully we can soon return to the world. Take care, stay safe, stay inside.

I think of most islands as microcosms of life yet maintaining individual traits, allowing a blend of the two. Then there are a few islands that although they are part of a larger country they maintain their own uniqueness. What I have read and learned about Yemen’s Socotra Island it clearly falls into this latter description.

Part of the Socotra Archipelago, it is the largest of the isles. It lies 380 km / 240 mi south of Yemen and 240 km / 150 mi east of Somalia. Described as “the most alien-looking place on Earth”, the archipelago was declared a UNESCO World Heritage Site in 2008 due to the numerous endemic plants and animals found there and its diverse nature. 90% of the reptiles here are found nowhere else on earth. Numerous bird and marine species can be found here as well. Of its vegetation, 37% is unique to the island. The Dragon Blood Tree (dracaena cinnabari) is one of them. It is this regional vegetation and animal life piques my interest of this small lesser known locale. It would be fascinating to visit I expect.

Although today it is not widely visited by tourists the history of the island shows evidence of prehistoric culture. In ancient times it was, for a length of time, part of the trade routes . Through the past millennia it has had a varied history including the arrival of Christianity and then followed by Islam through the Mahra Sultanate. Then came a short period of Portuguese capture, which they eventually abandoned. Later, an attempted purchase by the British. The sale did not pass though the Sultan did accept British protection. In 1967 Socotra became part of South Yemen and then unified Yemen in 1990.