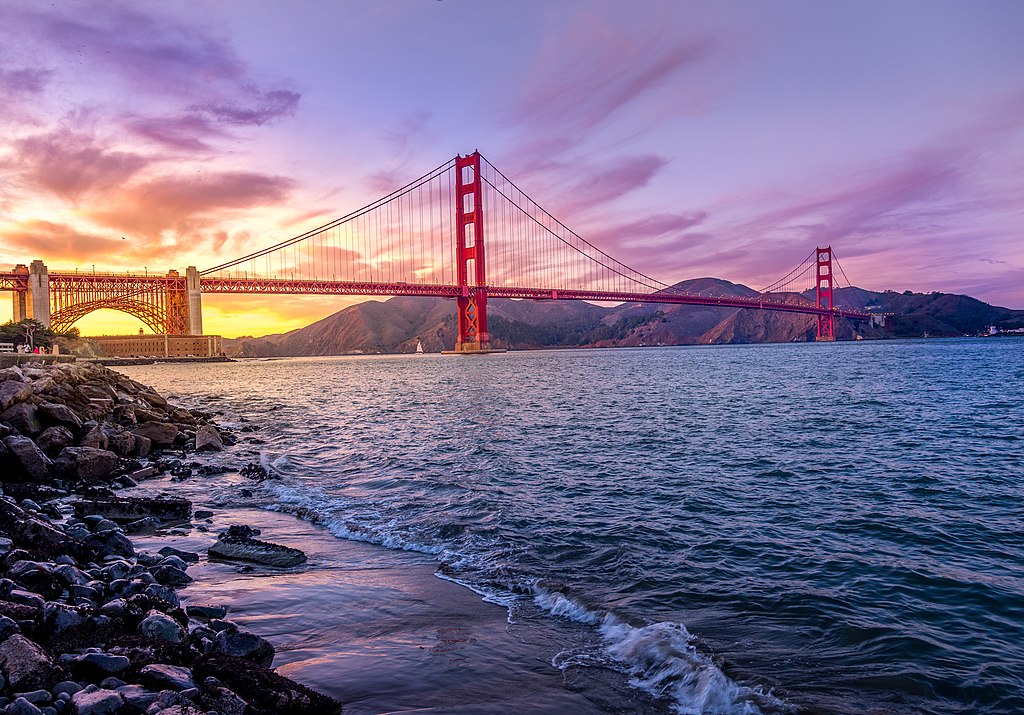 Welcome back to the Sunday Special. I hope you are all keeping safe during this pandemic. To be honest, I am ready to go off to an intriguing destination. How sweet it will be when that does happen! In the meantime, I will do my best to stay safe and do my part to keep those around me safe too. And looking forward and learning about world places, of course.

I have to be honest — I have been to San Francisco but it was only for a day. Though I still count it! And I did go over the Golden Gate Bridge twice on my bus rides when I flew in and out of SFO airport. Despite my brief dalliance with this seaside city I did enjoy the bits I did see albeit briefly.

So how did I only end up spending only a short amount of time there? Well, it was an outing of sorts. When I was 19 years young I learned of a summer camp in the California Redwoods, not far from the town of Sebastapol, CA. I contacted them to see if I could volunteer for a summer and they gladly accepted my offer, working out the details on their end. It was my first real trip on my own. Although it wasn’t the most impactful trip of my life, I did learn a bit about myself and other people. I realized, to a small degree, what a bubble I had lived in — my own small world in an equally small town. I was homesick at times. I worried if my camp co-workers would like me and how I would perform my job duties. In the end it was a good experience overall, though being the sensitive soul that I am, I did struggle at times. Looking back at a summer over 30 years ago, I would say it reminds me that I have always had a desire to try some new things; a bold streak if you will (even if was just across the nearest border) despite the small amount of self-confidence I had at that time.

Due to the summer camp offering weekly camps we usually only had time for outings that were nearby, even less so if a vehicle was not present. There was one time however, where it all worked together; where a small group of us drove into “the city” for a day. I was so very excited. In all honesty, I think it was the highlight of my summer in northern California. Now, I must admit that my memory is hazy about that day. We may have gone to San Francisco in the morning and then off to Bodega Bay in the afternoon. Or we may have just had a short day in the city, with Bodega Bay being a separate outing all together. Add that my few photos of that summer were mostly of my the new friends and not of the few places I visited, makes my recall even less so. Regardless, I do have memories of visiting Fisherman’s Wharf and walking about that area, happy as a clam to be exploring.

Should I every revisit this city by the sea, which I hope to do someday, I would certainly explore much more of the area. Here are a few of the sites I might take in:

Of course there is much more to see in this famous city, possibly something for everyone. I’m sure I will learn of other interesting places to check out should I ever make my way back there (which I hope I do). The dreaming is still there and with the hopes of this pandemic ending those dreams can start to become plans. Stay safe.

At time of posting San Francisco has been slowing re-opening.
Some restrictions may still be in place regarding Covid-19.