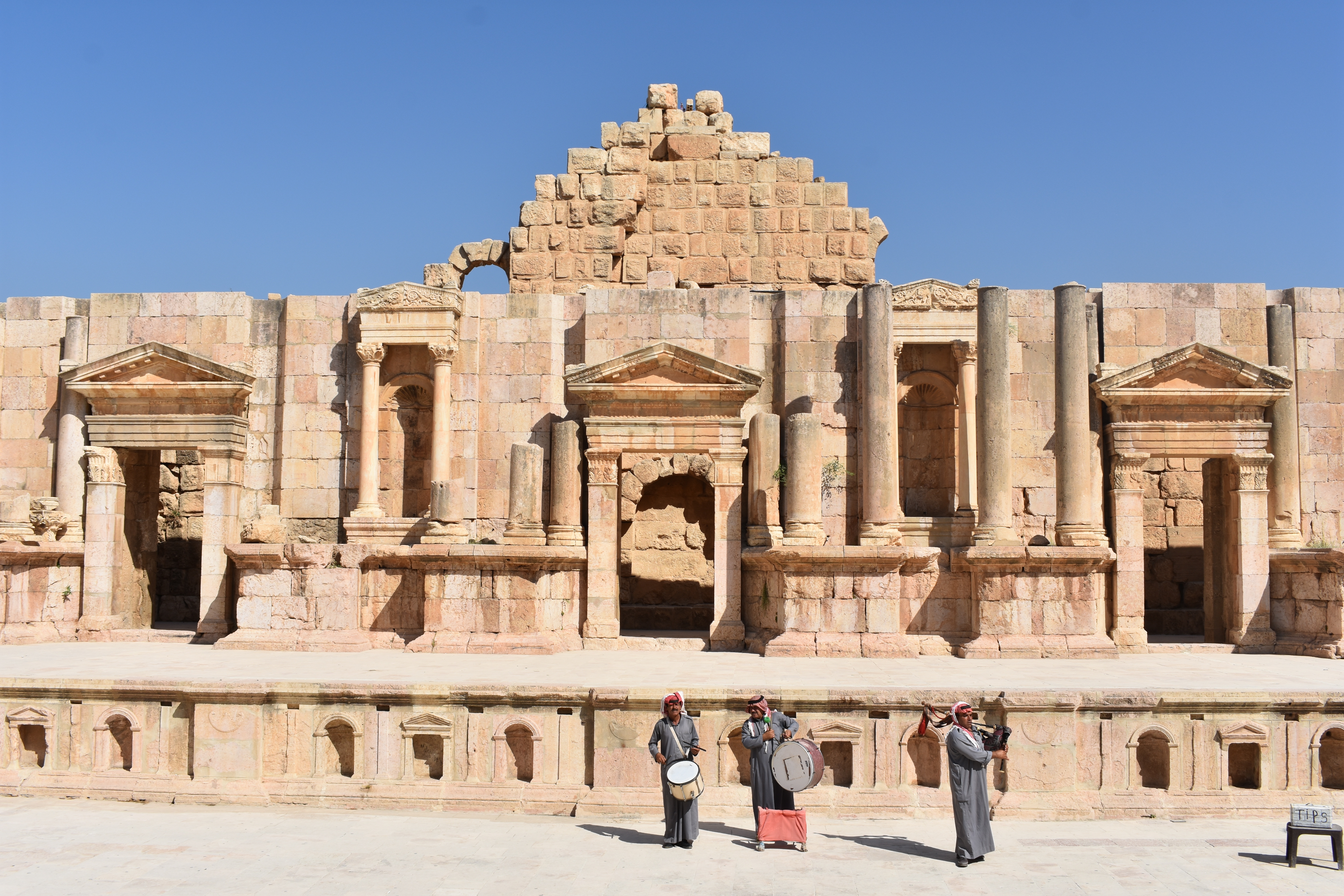 After visiting Jordan in 2018 it has remained a favourite country of mine. It has so much to offer with a variety of activites and places to see and such friendly and hospitable people. To showcase more of this country, today’s post is about the ancient ruins that are found in the northern city of Jerash.

Jerash is located 48 km / 30 miles north of Jordan’s capital city of Amman. It is here, in this city steeped in history, that the ruins of the ancient Greco-Roman city of Gerasa are located. History tells us that settlements in this region go back to 7,500 – 5,550 BCE, which is the Neolithic period. Moving forward, there is speculation about who founded the city. Some sources say it was Alexander the Great whereas other give credit to Ptolemy II of Egypt or Seleucid King of Antioch IV. Though it was after the Roman conquest in 63 BCE that it became part of the extensive Roman Empire. It was during that time Gerash grew as sigificant trading town. The city saw growth and buildings were erected as it flourished in 1st century CE. Over time the city saw new rulers, several foregin invasions, and an earthquake which resulted in the town eventually being desserted for centuries. In 1806 it was rediscovered by a German traveller. Archaeological excavations began more than 100 years later, in 1925. Since then the incredible Roman ruins have made Jerash the country’s second most popular tourist spot, after Petra. The state of the ruins is incredible — amongst the most well preservered Roman ruins in the world outside of Italy. The size is also significant as it rivals many of those Italian Roman ruins in its expanse. When I visited I was there for several hours, seeing the major sites, yet there was so much more left to see. Since it was so well preserved there were times I could imagine what life was like all those years past, almost feeling the pulse of this city from so many ages ago. Should you get a chance to visit Jerash and other parts of Jordan, I suggest you take it.

Please note that Covid restrictions may be in place at time of posting.

2 thoughts on “Sunday Special – The Ruins at Jerash, Jordan”