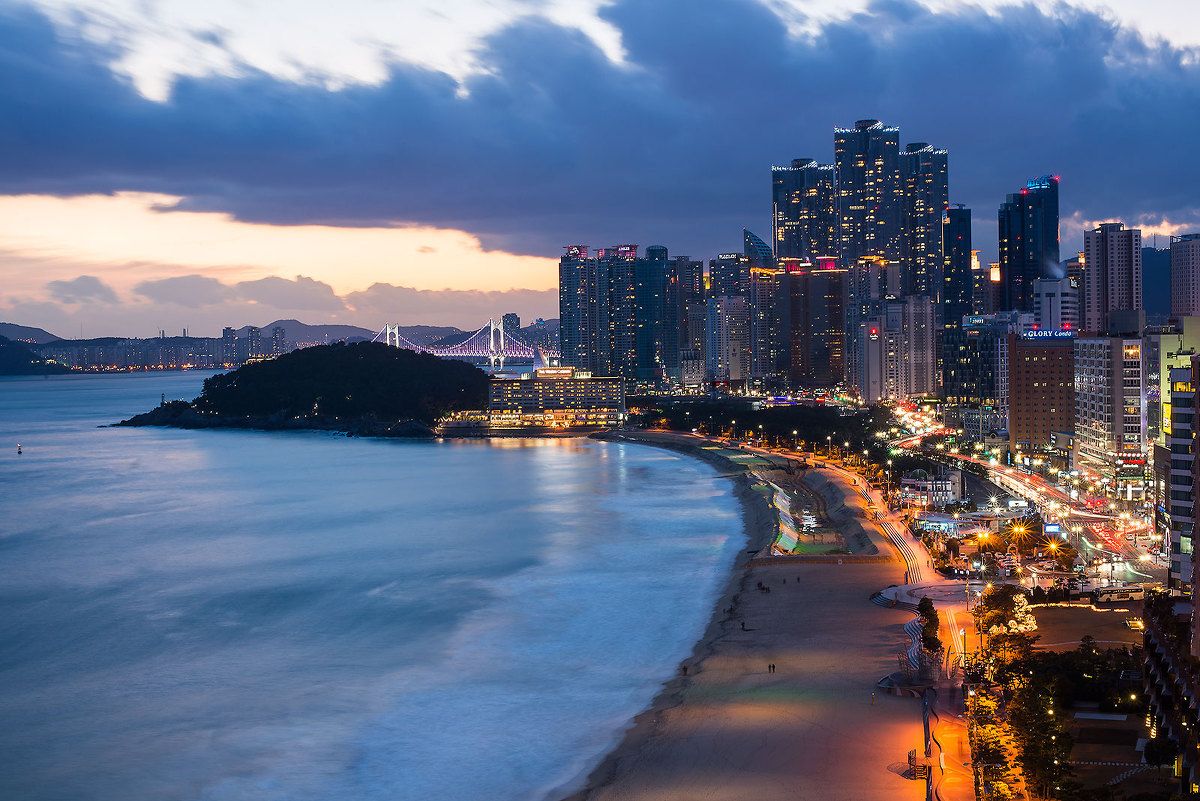 South Korea’s second largest city, found in the southeast of the country, is the relaxed oceanside city of Busan. Blending urban landscapes with chill beaches and picturesque mountains lends this city of over 3.5 million inhabitants a vibrant yet down-to-earth feel, at least from what I understand (I may have to visit sometime soon). Let’s see what there is to do?

Beaches – Recognized for its beaches, Busan is not lacking in available sand-time. Some of the notable beaches include:

Food – Food is one of my favourite topics and Korea does have some tasty dishes (as I learned when I was in Seoul many many years ago). As a seaside city, seafood is a natural delight with fish cakes being synonymous with the city’s food scene. The renown Jagalchi Fish Market is a must for foodies as is Gwangbokdong Food Street and Bupyeong Kkangtong Market. Add the abundance cafes and restaurants serving up local and regional specialities you may very well remember Busan’s food the most.

Sights – Wanting a bit of traditional culture? Perhaps take in a breathtaking view? There is no lack of places for to wander about in Busan.

Busan International Film Festival – Held every October since 1996 it runs for 10 days showcasing both international and Korean films. As it’s popular event, tickets sell out quickly.

Hiking – With the mountains as natural artwork it is not a wonder that plenty of people would want to connect with nature though hiking. Do remember to research the trails and the levels of difficulty so you won’t be surprised.