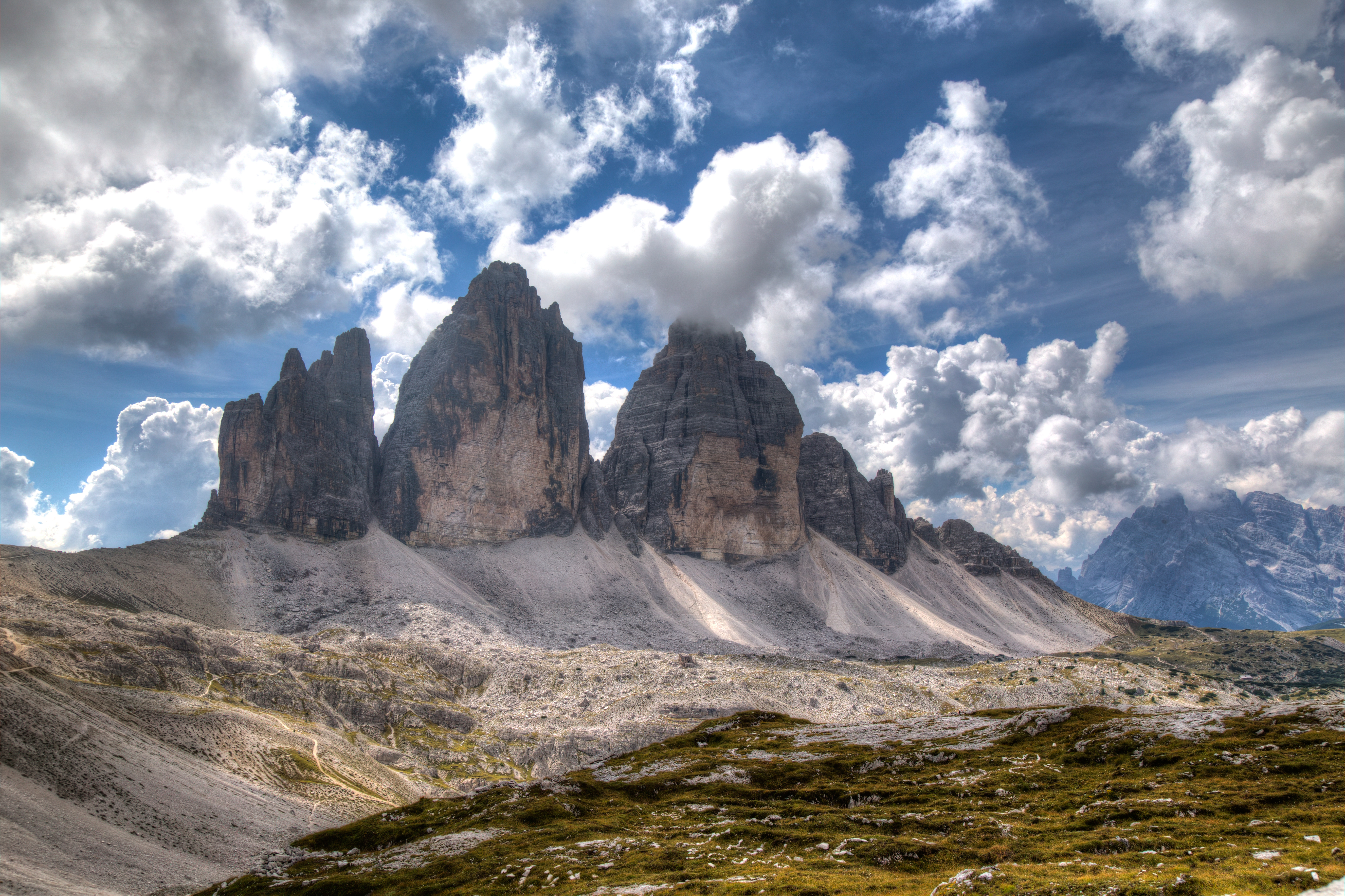 Italy’s Dolomite Mountains in the north of the country are well known for their sharp and steep beauty as well as offering both winter and summer outdoor activites. Numerous areas of them are visited year-round and you would be hard-pressed not to find an area to enjoy the outdoors in. Or simply take in the beauty of nature that they exude, at least in the photos I’ve seen. These mountains have now been declared a UNESCO World Heritage Site as of 2009. The entirity of the Dolomites can be showcased as a Sunday Special but today we’ll focus on its Three Peaks of Lavaredo or Tre Cime di Lavaredo as they are called in Italian.

Tre Cime are located in the northeast of Italy in the South Tyrol region and make up part of the Italian Alps. These popular and oft photographed mountains are noted for their sharp and vertical mountain faces. They are located fully Italy though prior to 1919 they were the border between Italy and Austria. As a result there are both Italian and German names for these striking peaks. They are called:
Cima Ovest / Westliche Zinne / Western Peak – 2,973 m/9,753 ft
Cima Grande / Große Zinne / Big Peak – 2,999 m/9,839 ft
Cima Piccola / Kleine Zinne / Little Peak – 2,857 m/9,373 ft

Aside from being considered amongst the most beautiful vistas in the world Tre Cime/Three Peaks are popular for outdoor activities in both winter in summer. The Three Peaks have long been on the “must do” list of serious mountain climbers in both winter and summer months. Skiing, both downhill and cross country are big draws as well. In the warmer months hiking, walking, cycling, and wellness are popular. There are resorts and lodges that cater to the comforts and needs of lovers of the outdoors. They certainly look amazing – perhaps one day I’ll see them.